An Indian origin researcher has hinted that extracts from the neem tree, profuse in tropical and subtropical areas, may thwart the virus from multiplying. Sonia Arora, an assistant professor at Kean University in New Jersey, is delving into understanding the curative properties of the neem tree in fighting the virus that causes AIDS. 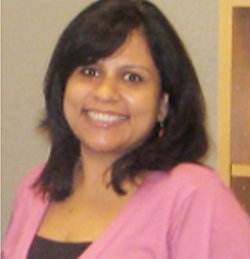 Her preliminary results seem to indicate that there are compounds in neem extracts that target a protein essential for HIV to replicate. If further studies support her findings, Arora`s work may give clinicians and drug developers a new HIV-AIDS therapy to pursue. Extracts from neem leaves, bark and flowers are used throughout the Indian subcontinent to fight against pathogenic bacteria and fungi. The farther you go into the villages of India, the more uses of neem you see, said Arora.

Tree branches are used instead of toothpaste and toothbrushes to keep teeth and gums healthy, and neem extracts are used to control the spread of malaria. Practitioners of Ayurvedic medicine, a form of traditional Indian alternative medicine, even prescribe neem extracts, in combination with other herbs, to treat cardiovascular diseases and control diabetes. The neem tree, whose species name is Azadirachta indica and which belongs to the mahogany family, also grows in east Africa.

Arora`s scientific training gave her expertise in the cellular biology of cancer, pharmacology, bioinformatics and structural biology. When she established her laboratory with a new research direction at Kean University in 2008, Arora decided to combine her knowledge with her long-time fascination with natural products. The neem tree beckoned.

Arora dived into the scientific literature to see what was known about neem extracts. During the course of her reading, Arora stumbled across two reports that showed that when HIV-AIDS patients in Nigeria and India were given neem extracts, the amount of HIV particles in their blood dropped. Intrigued, Arora decided to see if she could figure out what was in the neem extract that seemed to fight off the virus.

She turned to bioinformatics and structural biology to see what insights could be gleaned from making computer models of HIV proteins with compounds known to be in neem extracts. From the literature, she and her students found 20 compounds present in various types of neem extracts. When they modeled these compounds against the proteins critical for the HIV life-cycle, Arora and her team discovered that most of the neem compounds attacked the HIV protease, a protein essential for making new copies of the virus.

Arora`s group is now working on test-tube experiments to see if the computer models hold up with actual samples. If her work bears out, Arora is hopeful that the neem tree will give a cheaper and more accessible way to fight the HIV-AIDS epidemic in developing countries, where current therapies are priced at levels out of reach of many people.

And, of course, she noted, there is the potential of discovering new drugs based on the molecules present in neem. The finding was published in Nature Neuroscience and PNAS.

A Combination Video on the Benefits of Neem in Ayurveda.

This doctor is s God given gift🙏

Thank you for your trust in Ayurveda.

By Itoozhi Ayurveda, 2 months4 days ago